This event was held on June 11 for a morning of breakfast networking and panel discussion.

Sir Clive Woodward was responsible for the England rugby team’s greatest turnaround and one its most significant triumphs to date. The self-confessed rugby newbie didn’t turn the team’s fortunes around by ripping up the playbook and starting again.

Instead, he implemented a series of incremental inches – which may have seemed insignificant – but together they paved a powerful road to victory.

The same methods have been applied in business. This latest instalment of the Press and Journal Business Briefings, in association with Kelvin TOP-SET, will examine the inches up for grabs for today’s firms. From oil and gas to sport, the diversity of the panel is underpinned by a drive for better business.

The event will be held at the Marcliffe hotel and spa on June 11. 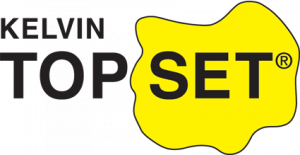 Kelvin TOP-SET has considerable experience in solving problems and investigating incidents of all sizes in virtually every industrial sector.

The philosophy at TOP-SET is helping companies make things even better, whether that is safety, processes or production. We have a unique methodology to help businesses look for improvement opportunities. This can be combined with two other systems; BowTie XP Visual Risk Assessment, and Tripod Beta incident analysis. Part of our approach is to make techniques straightforward at point of use, so that the tools are both accessible and user friendly.

Our expertise is based on over thirty years in the field, working for major companies around the world; offshore, onshore, and even in space.

We provide a range of TOP-SET courses; Investigation, Problem Solving, Root Cause Analysis, and Interviewing for Investigators, and all can count towards Certification for Continuous Professional Development (CPD).

The TOP-SET e-learning course is a cost-effective way of enhancing Root Cause Analysis skills. In addition, we offer software programs, and a free TOP-SET App, available from Apple’s App Store.